California's Wild Coast: The Coast in Poetry, Prints, and History 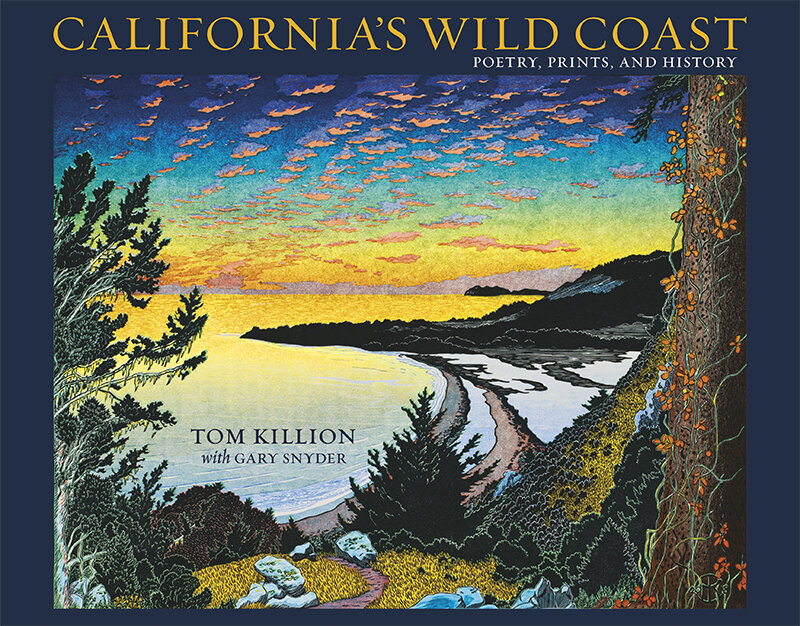 California's Wild Coast: The Coast in Poetry, Prints, and History

Previously published as California’s Wild Edge: The Coast in Prints, Poetry, and History, this volume captures the beauty of the California coast from Mendocino, Point Reyes, and the San Francisco Bay down through Carmel, Big Sur, Santa Barbara, and Santa Monica. Woodcut artist Tom Killion’s prints combine exquisite color with dynamic composition to portray the coast’s ever-changing moods and diverse formations: storm tides crashing at Point Lobos, serene moonlit coves at Mendocino, fog encircling the Golden Gate Bridge. Deepening our experience are poetry and prose from Gary Snyder, as well as selections from Native Californian traditional stories, accounts of travelers, and poems by Robinson Jeffers, Robert Hass, and Jaime de Angulo. As Tamalpais Walking and The High Sierra of California did for lovers of mountains, California’s Wild Coast will delight anyone who has seen (or wants to see) the meeting of land and the Pacific.

Tom Killion grew up on California's north coast, where the rugged scenery inspired him from an early age to create landscape images strongly influenced by traditional Japanese woodblock prints. He is the founder of The Quail Press, a publisher of fine art letterpress books, but currently concentrates on making multi-block woodcut prints. Killion holds a Ph.D. in African history from Stanford University and taught history for a number of years before becoming a full-time artist. Today he lives and works near Point Reyes, California. Gary Snyder is a poet, author, scholar and cultural critic who has published numerous books of poetry and prose, including Turtle Island, which won the Pulitzer Prize for poetry. He has been a Guggenheim Fellow and is a member of the American Academy of Arts and Letters and the American Academy of Arts and Sciences. In 2008 he was awarded the Ruth Lilly Poetry Prize for lifetime achievement.